Get weekly updates on all aspects of the Blockchain

Your weekly forum to get you set up and running with Blockchain, from Wallets to 2FA and Exchanges to best practice Security in the DeFi space.

A weekly deep dive into how we connect the dots in the Blockchain to create income. Leverage the DBM Defi Loop!

Two Calls per week taking a deep dive into how we connect all FOUR Layers in Blockchain. Utility Coins – Defi – Synthetics – Stable Coins

How to Set Up a Blockchain Wallet

Join DBM Coach Moira Gray for a simple, step by step overview of how to setup a Blockchain Wallet for your digital assets. Learn how to properly, safely and securely own and operate a wallet, as well as how to move your assets on demand to other parts of the Blockchain.

Join Robin each week while we identify a key book to drive your digital and entrepreneurial understanding to a new more profitable level and empower you to grow your business. 30 minutes of fast-moving exchanges of ideas and practical ways to monetize the dynamic blockchain space. 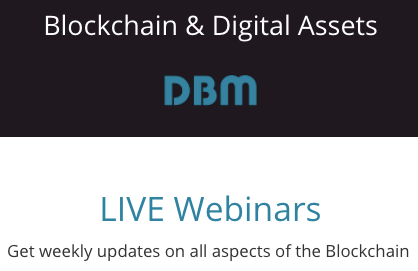 The ultimate crypto beginner course. You will learn all about what Blockchain is, how to buy it, store it, trade it and keep it safe!

You will also learn what altcoins are, why we have different families of altcoins such as stable coins and how you can invest in and trade any crypto currency you like!

Learn what the DBM Defi Loop is, how we access it and how we leverage the layers in the loop to create perpetual cashflow.

Discover our preferred vehicles on which to accelerate your Layer One blockchain asset position and how to push those assets around the loop  to create Income you OWN.

Our ultimate guide to Blockchain Technologies and position as you take full control of your portfolio and put YOUR assets to work every day.

Learn about the difference between Currency and Money, why immutability and privacy are key. Understand Utility and Stable Coins and how they are backed by true value. Put Tokenomics to work for you.

Smart Contracts on the Blockchain

Learn how we position into Smart Contracts on the Blockchain to put our Assets to work in society. Leverage Property, Gold and Digital based Assets into income by putting the contracts into existence for use by others.

Learn how we use crowdfund 2.0 platforms to provide education, power utility, gaming and finance to people all over the world.

Learn how to set yourself and you Assets up for success with Trading. We look at he basics on this popular course to ensure you enter the tools available with full awareness and knowledge before you put your Assets to work.

Get ahead of your business with Trading for Beginners 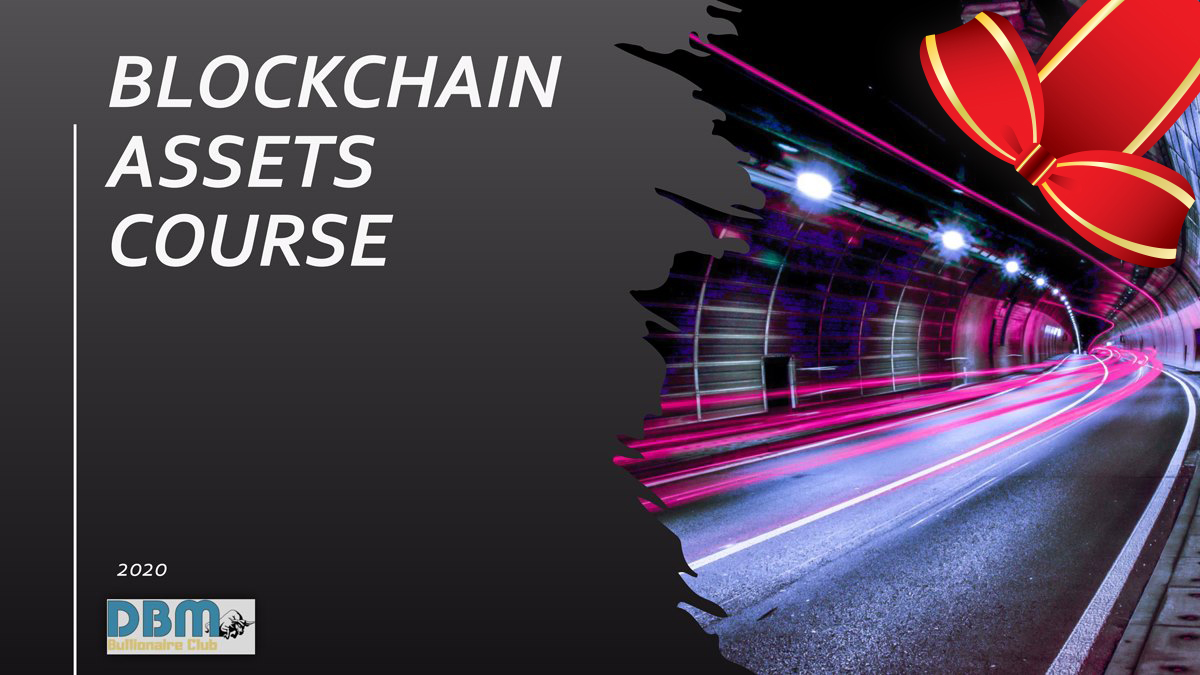 Pressie to yourself or others?

Why not get a group of family or friends (up to 5) and take the course together to get prepared for 2021 and the future.

Some of the courses can be split into groups – please enquire.

Meet Sean and the other coaches at DBM

Founder of Digital Business Masters
& based in the United Kingdom

With over 20 years in business and property, Sean has 7 years of experience in Blockchain and Digital Asset ownership. A powerful combination. Working with digital asset ownership from 2014 and now building across 45 different projects across the space,

Sean’s knowledge and awareness of the dynamics at play, from basic principles to full Tokenomics and De-Fi, provide the experience and know how fundamental to our success at Digital Business Masters. Now too are privileged to be able to educate others about the Blockchain space, along with a Global team of dedicated coaches.

Based in Ireland and working in the blockchain space since 2018, I am beyond excited about the endless possibilities this space brings in regards to freedom, flexibility and learning.

“I’m a true believer in the key to getting ahead is getting started.”

Founder of Win With Robin &
based in the United Kingdom

Robin travelled many roads before finally settling on a little island off the coast of the Scottish Highlands. He’s been the founder of an award-winning health club and a director of a delicatessen meat-processing company but is adamant there was no connection between the two!

He’s been an accountant in London, a banker in California and a teacher in Madrid. In 2009 he won an international award based on his commitment to his clients and their results. In 2011, a business of his was voted an industry sector Business of the Year. Today, he strives to help others increase their wealth through the power of gold and to build smart passive income with digital assets. In between, he’s working on his sixth thriller, writing under the pen name Alex Breck.

He somehow managed to accumulate an M.A.degree from Aberdeen University and a postgraduate degree in Business Management. He has flown planes, driven racing cars and run marathons. All of this, despite being an accident-prone 6’2” and having a propensity for banging his head more often than is considered healthy. His proudest achievement, with a lot of help from his wife, is their son.

Founder of  My Golden Future
& based in the Netherlands

With more than 10 years experience in training and coaching Hans is an expert in educating people. He has worked for over 25 years at financial institutions and IT companies. Since 2019 Hans focuses especially on how to create assets and make them produce cashflow in the new digital financial era.

With his team at My Golden Future he provides information on the fundamentals, but also on much more complex issues like Tokenomics and Decentralised Finance. They believe that it’s important to educate as much people as possible so everyone can get financial sovereignty and make their own choices!

Based in the USA

An engineer by education, Hal has worked with Tony Robbins for 20 years, and spent years in safety management at the Disneyland Resort. An expert in adult education, Hal has 12 years of consulting experience teaching thousands of people technical topics.

His strength is making complex concepts easy to understand. At Hal’s first introduction to cryptocurrency, he was opposed to it. Then his eyes were opened to the value and utility in this changing economic world. Combining his expertise in education with over 3 years experience in blockchain and crypto currency, Hal is excited to now be coaching with DBM, sharing this life-changing information with the world, and helping people understand blockchain and cryptocurrency fundamentals, decentralized finance, tokenomics, and how to be their own bank!

Founder of Raven Rock Consulting
& based in the USA

As Founder of Raven Rock Consulting, Page has over 30 years of professional experience in business franchising and financial services. Three years ago Sean, the Founder of Digital Business Masters, introduced Page to the power of Digital Asset ownership and the dynamic opportunities available through blockchain technology.

Mr. Brockman formed Raven Rock Digital to educate people on the basic principles of Decentralized Finance (De-Fi), Cryptocurrency and Tokenomics. He knows knowledge is the key to long term success in the new and emerging Digital Economy.

As an Associate of DBM, he is excited to help you begin your own educational journey.

Founder of  VRA Design
& based in British Columbia Canada

Melanie Russo loves to play with mud. As a life long learner, with over 50 years experience in life, she brings her out-of-the-box and patient perspective to our team. As a Sustainable Systems advocate, 2020 was the year Melanie added Digital Asset Management to her portfolio of Natural Building, Renewable Energies, Resource Management and Permaculture.

As an education assistant, Melanie understands overwhelm and has acquired the skills, strategies, and tools to turn challenges into opportunities to meet diverse learning styles. Melanie knows how knowledge from a trusted source and taking responsibility for your own actions can change your future.

Based in the USA

Inspire, Growth, and Financial Freedom is my passion. Getting a life-changing product, and service into the hands of millions of people is my purpose. Empowering each individual to take control of their life through blockchain crypto education provides me with tremendous gratification. At DBM, I have the unique advantage to indulge in all of the above. With blockchain technology, asset accumulation, financial growth has created a path for many individuals including myself.

When I was introduced to blockchain technology crypto assets it inspired me to see the opportunity to take control of my life, to create a future of financial freedom, and legacy for my four children, and two grandsons. I see a world of people who need a life-changing breakthrough from their current situation, and as a single parent who went through struggles in my finances, I’m here to say there is a brighter future awaiting YOU…

Founder of CYO Wealth
& based in Australia

With more than 15 years experience, firstly owning traditional businesses and then in the online space as a Transition Coach educating people on how to move their businesses from where they are now to where they need to be for the future. Really having an exit plan.. The one thing that stands out is “Creating Your Own Wealth” is the only way that you will truely create Financial Freedom.

Having your assets “Put their Hat and Coat on” and go to work is a far better way to achieve this than me going out to work, wouldn’t you agree? Several years ago was introduced to blockchain technology and crypto assets. This became the vehicle that would deliver the assets to work for me. This vehicle is the solution to take control of my financial freedom and now provides the basis on which to empower others to do the same.